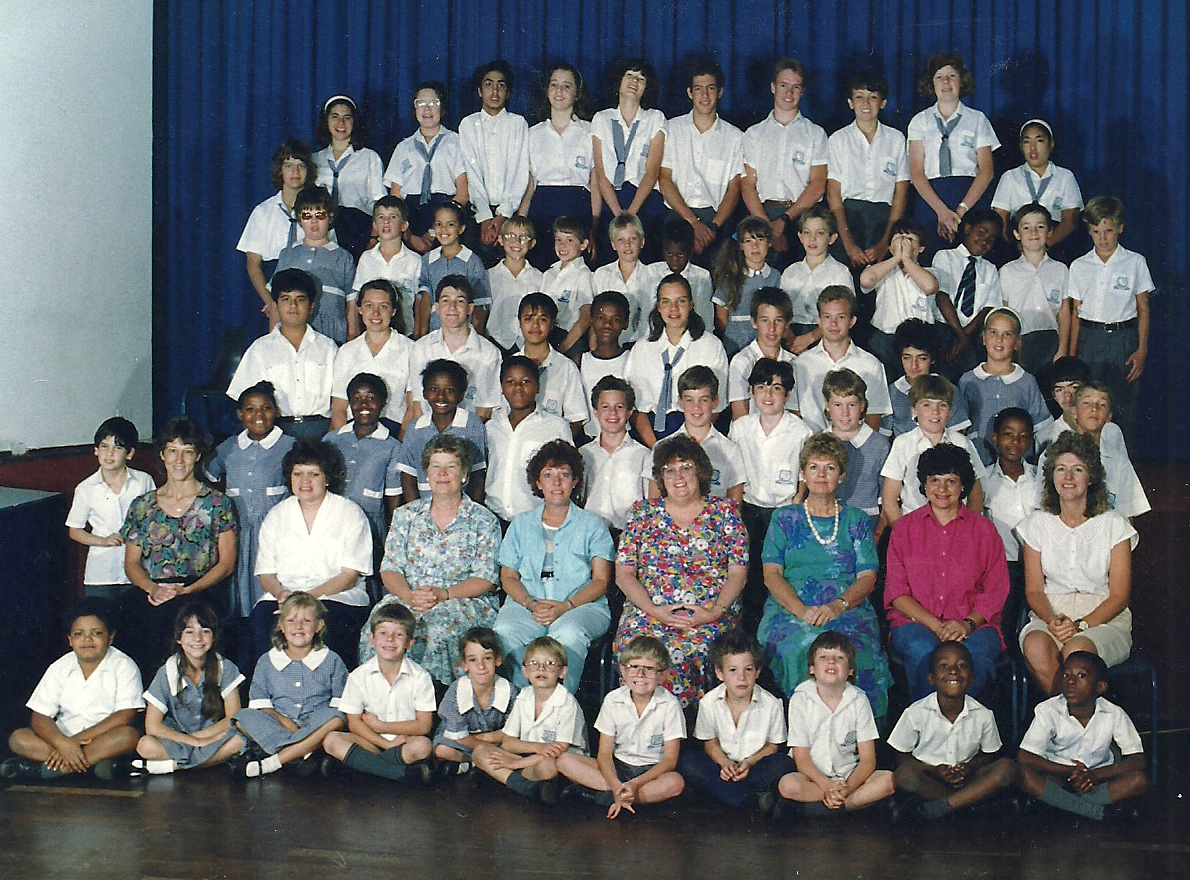 In the beginning… Unity College rented five classrooms from Temple Shalom next to the Doll’s House (Johannesburg’s iconic roadhouse that was demolished in 2017) in Louis Botha Avenue, Highlands North. There were four teachers – Mrs Hunt, Mrs Pelser (who only retired in 2019!), Mrs Hogan and Mrs Thorns – along with the principal, Mrs Deidre van Reenen. The school opened on 1 August 1990 with 27 pupils.

At break the entire school would take their lunches and flasks of tea and head across the road to a small, overgrown park, so as to allow the children to have somewhere to play. At the Temple there was only a tar driveway at the back. When it rained, they used the huge hall adjoining the synagogue. There, much fun was had as they organized team sports and ball games to amuse the children. The hall was also used for concerts.

After being at Temple Shalom for about a year and a half, the school swapped venues with the Hebrew Nursery School at Temple Emanuel in Oxford Road. There they had more classrooms to accommodate the 90 pupils and 10 teachers. However, the playground situation was still a matter of concern. The senior pupils had a tar parking lot where they would play soccer, while the juniors had small grass area and sandpit under a massive pear tree. What a mess when the pears were ripe!

School fees at the time were R420 per month. 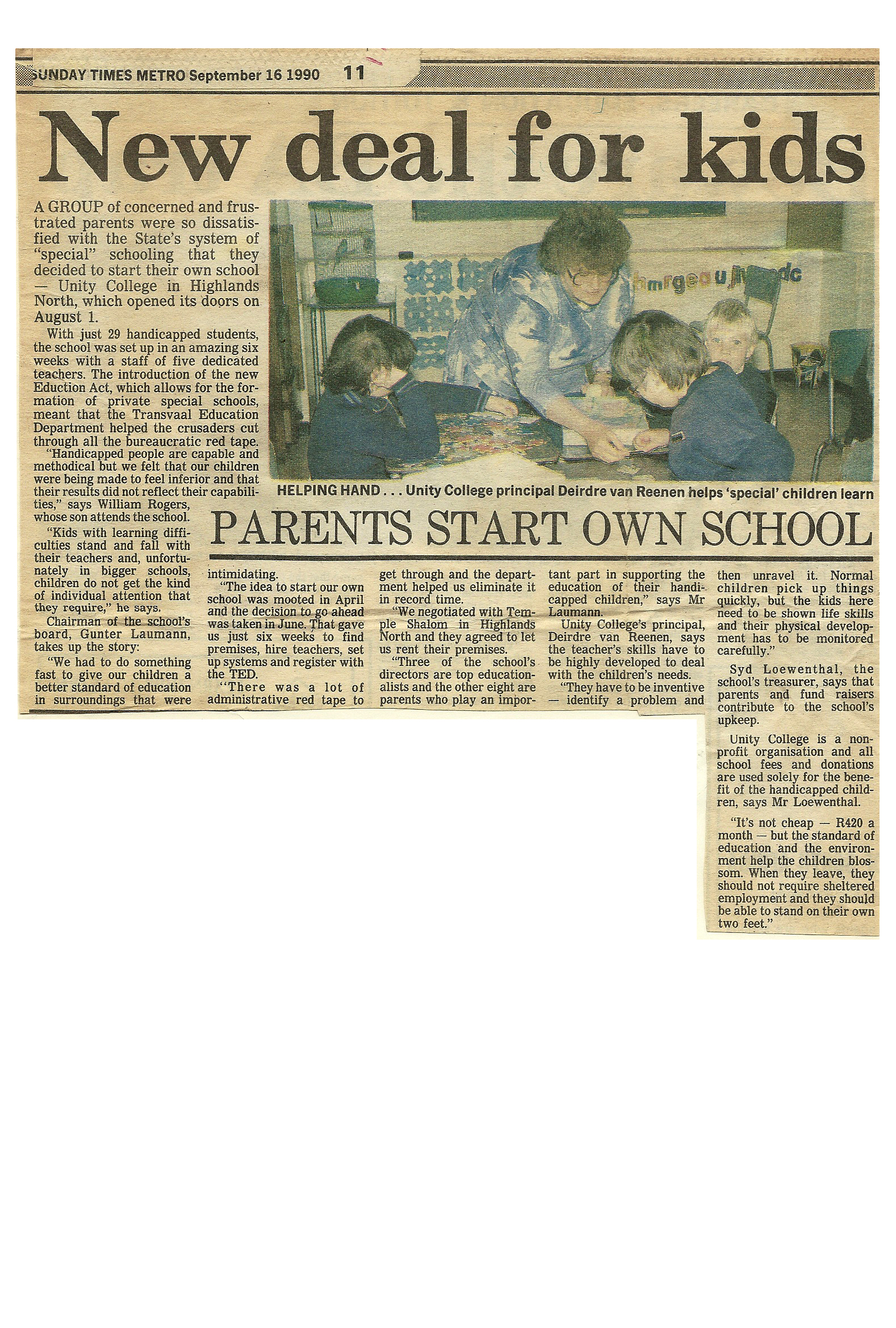