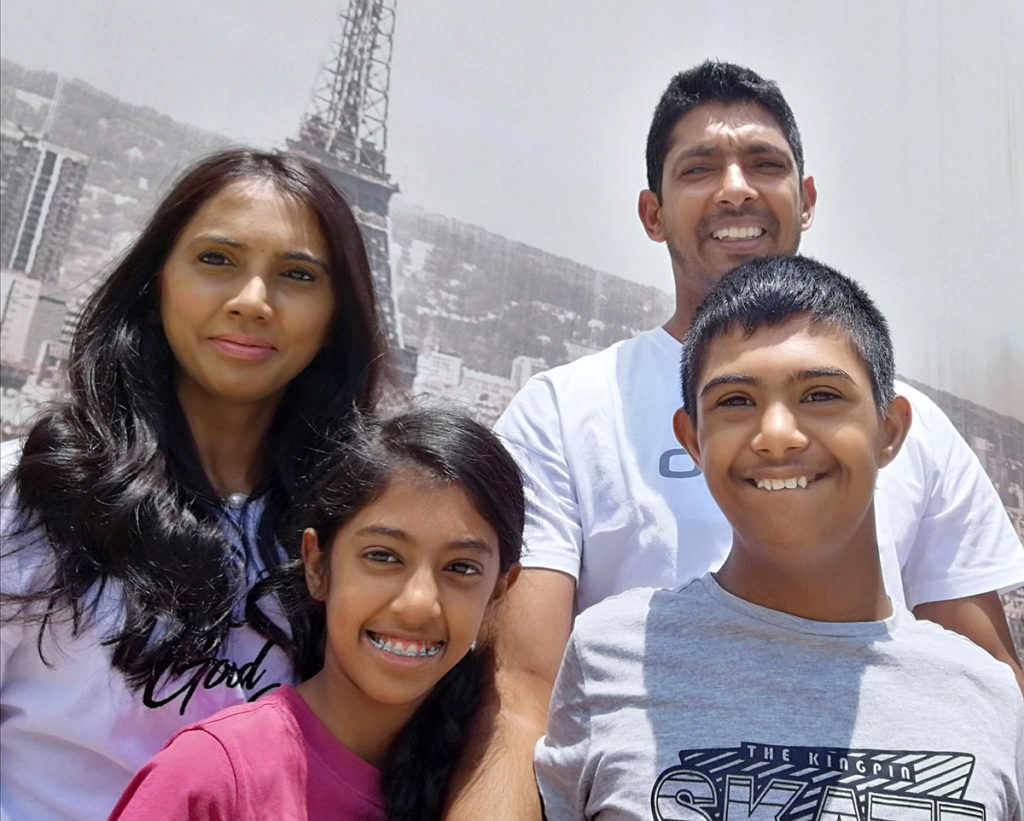 How long has Rilee been at Unity College?
4 years

What talents, hobbies or interests does Rilee have?
Since the development of the pool at the school, Rilee has taken a keener interest in swimming. He is now a very good swimmer and we believe that this interest was furthered because he had obtained good results in the last two swimming galas held at the school. He thoroughly enjoyed this and is now more motivated than ever to better his swimming and looks forward to every opportunity to swim at home. He enjoys cooking and baking and is very enthusiastic about cooking a curry at home. He loves the mixing and adding of ingredients. We are still trying to get him to love the prep work for cooking too, except this might involve just too much effort for now. It’s much nicer to toss ingredients in a pan than to cut up the ingredients, I am afraid. Rilee loves to listen to music too. This was becoming problematic, as he wanted to do little else. To detract from this, in the last year, we had decided that we wanted to expose our children to more responsibility. Whilst we have 2 dogs that have been around throughout Rilee’s life, we had decided to get pets especially for the children so that they were able to regard these pets as their own, and not simply mum’s and dad’s. Rilee had shown a lot of interest in fish so we had purchased a small aquarium in September 2018. Rilee and Kesalya share the responsibility of feeding the fish every afternoon and cleaning the tank every few weeks. In December 2018, we brought home another surprise for the children – an African Grey parrot. Whilst he took some time to warm up to Lizzy (the parrot), Rilee is now one of her favourites. In fact, we are convinced that she has learnt her first words “stop it” from Rilee. He feels very accomplished and happy about this.

What fun activities do you like to do as a family?
Over weekends, we try and spend as much time as possible as a family unit. Kervin and I take turns to bake with the children. We spend a lot of the time together by simply trying to neaten up the garden at home, or tidying up the garage and pergola. In this way the children get to spend more time outdoors, with the dogs, and also learn about keeping a tidy home and garden. We do go on holiday, whenever it is possible. We love the seaside and going on safaris too.

What therapies or interventions have benefitted Rilee the most?

Speech and occupational therapy at the school have been very instrumental in Rilee’s development. He is now better able to manage social conditions than he was ever able to in the past, before attending Unity College.

What are your dreams for your child?

Our dream for Rilee is that he is happy always. He is happy when he accomplishes tasks, irrespective of the magnitude of that task. For example, reading for Rilee was a struggle but in the last two years he is happy about picking up his book to read and this is only because he had been practising his reader every single day and is now more confident at reading. Ultimately the end goal is that he is able to lead a semi-independent life, where he is gainfully employed – perhaps at a hotel kitchen or better still in the kitchen of a coffee shop that Kervin and I aim to purchase one day for him… with a lot of hard work and some luck too!